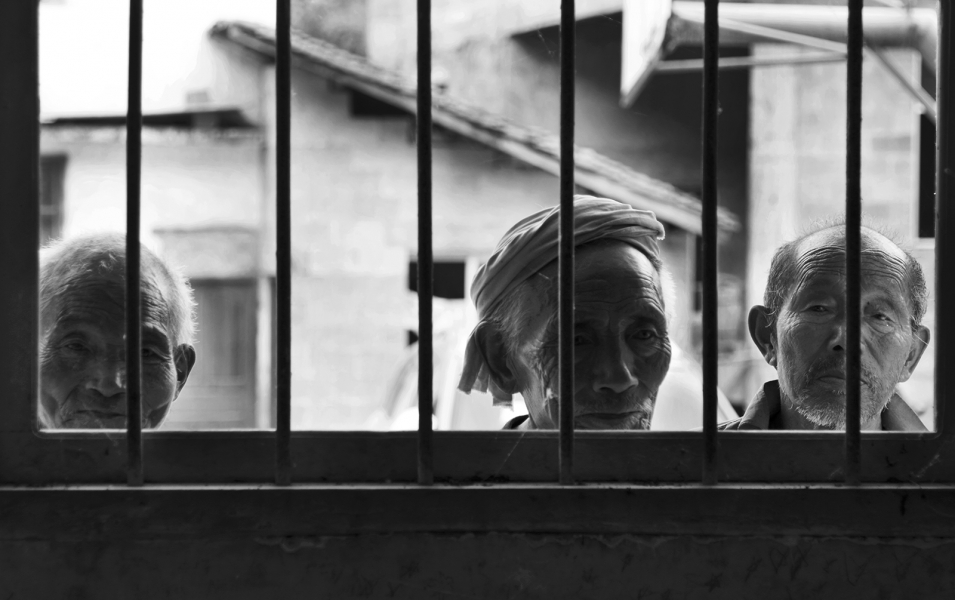 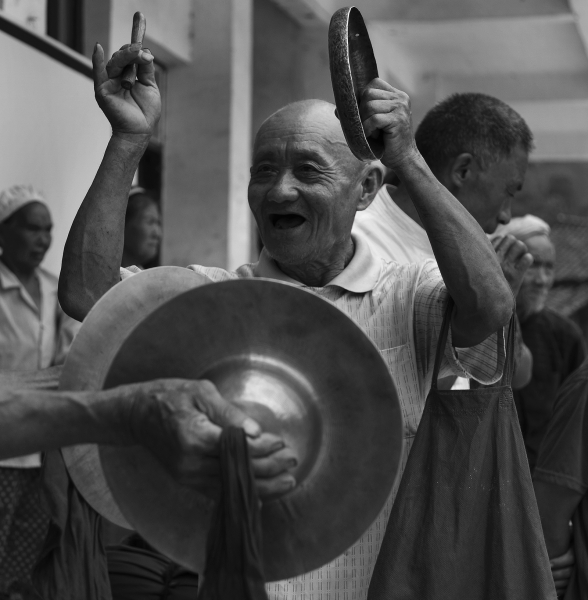 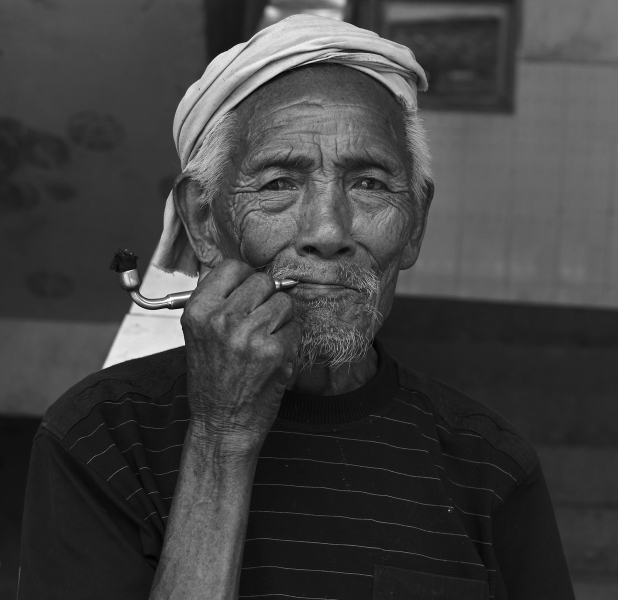 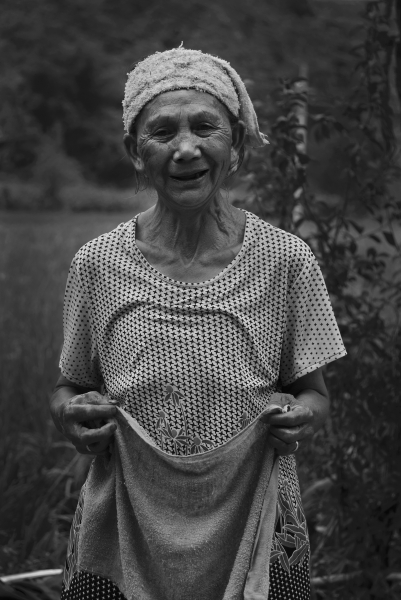 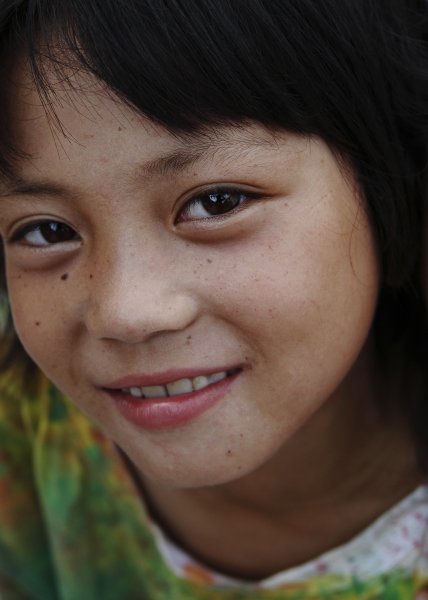 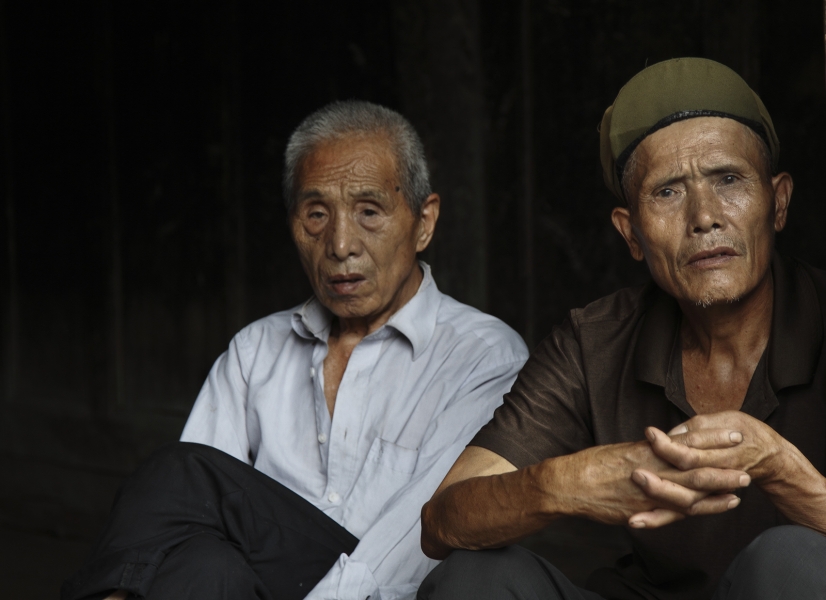 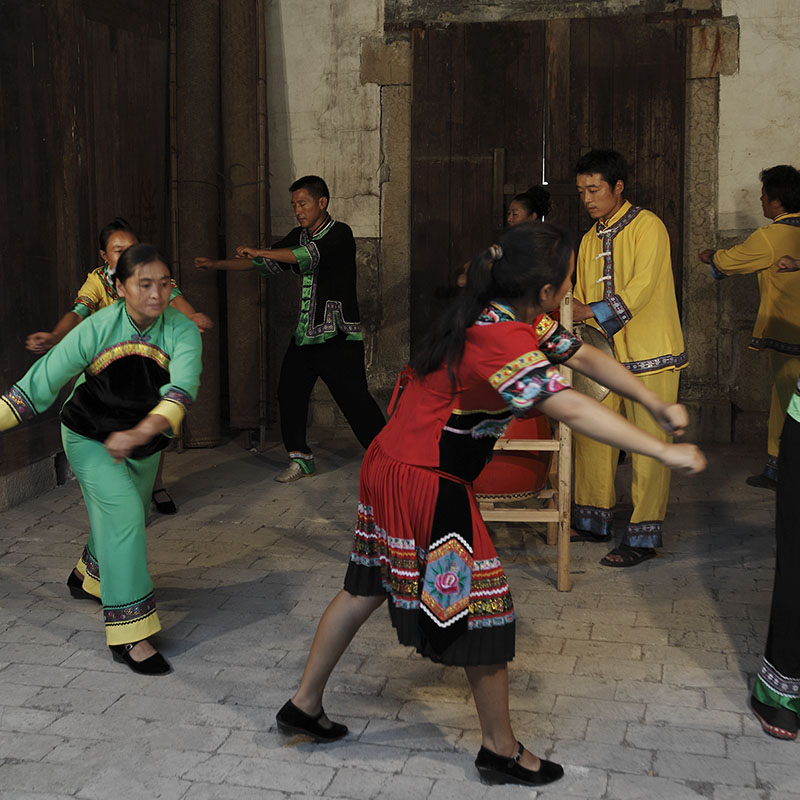 Waving Dance is the most representative cultural symbol of Tujia ethnic group, mainly seen in the middle and lower reaches of the Youshui river.The dance is characterized by waving hands, including “Big Waving” and “Small Waving”, which are divided by the performance form, content and scale. The main content of the dance includes human origins, myths and legends, ethnic migration, ancient warfare, hunting, slash-and-burn, productive labor, daily life, etc. Waving Dance is a living history of Tujia ethnic minority group. 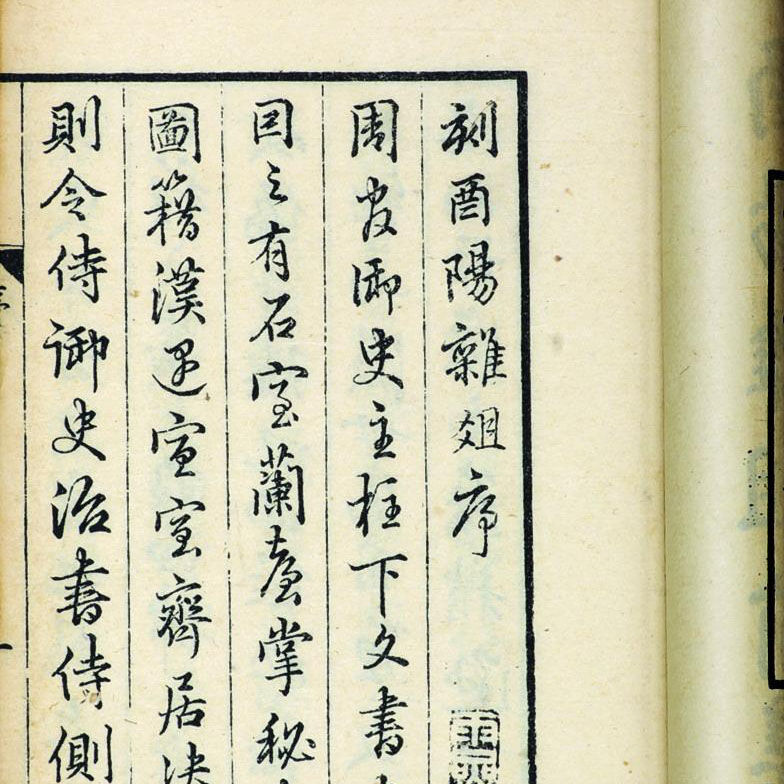 Youyang Miscellany is a literary sktech book written by Duan Chengshi in Tang Dynasty. It has thirteen volumes in total, with the last ten volumes as the sequel. Tang people’s living conditions and states of mind are introduced in it, providing a historical source for research onTang Dynasty. More importantly, it has become a significant document for further understanding the communication between ancient China and the West at that time. 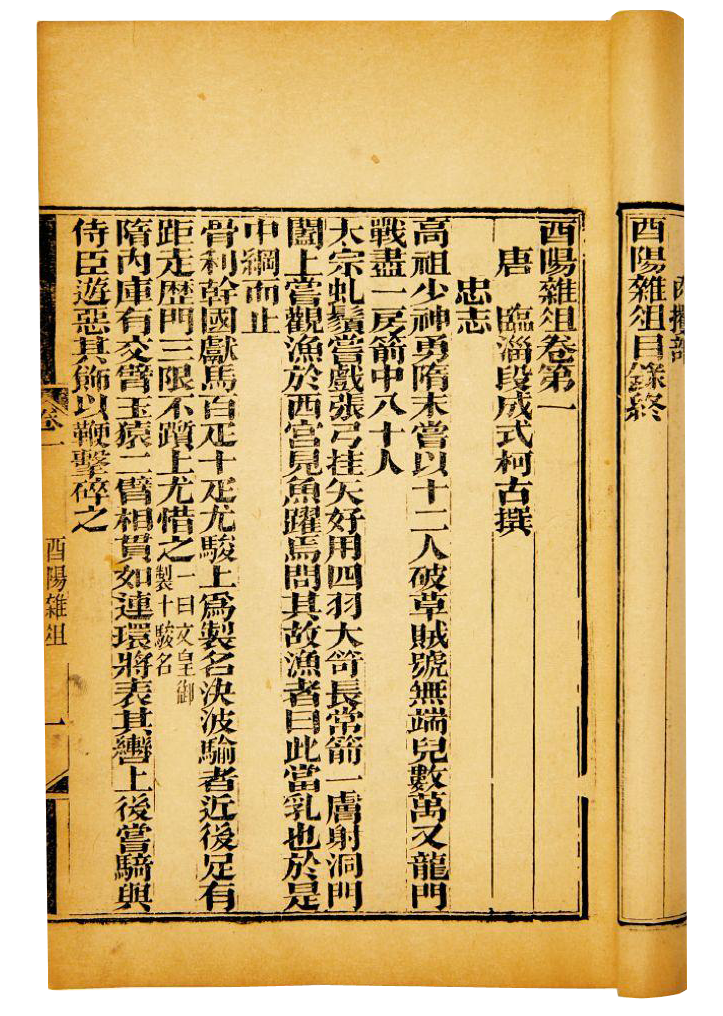 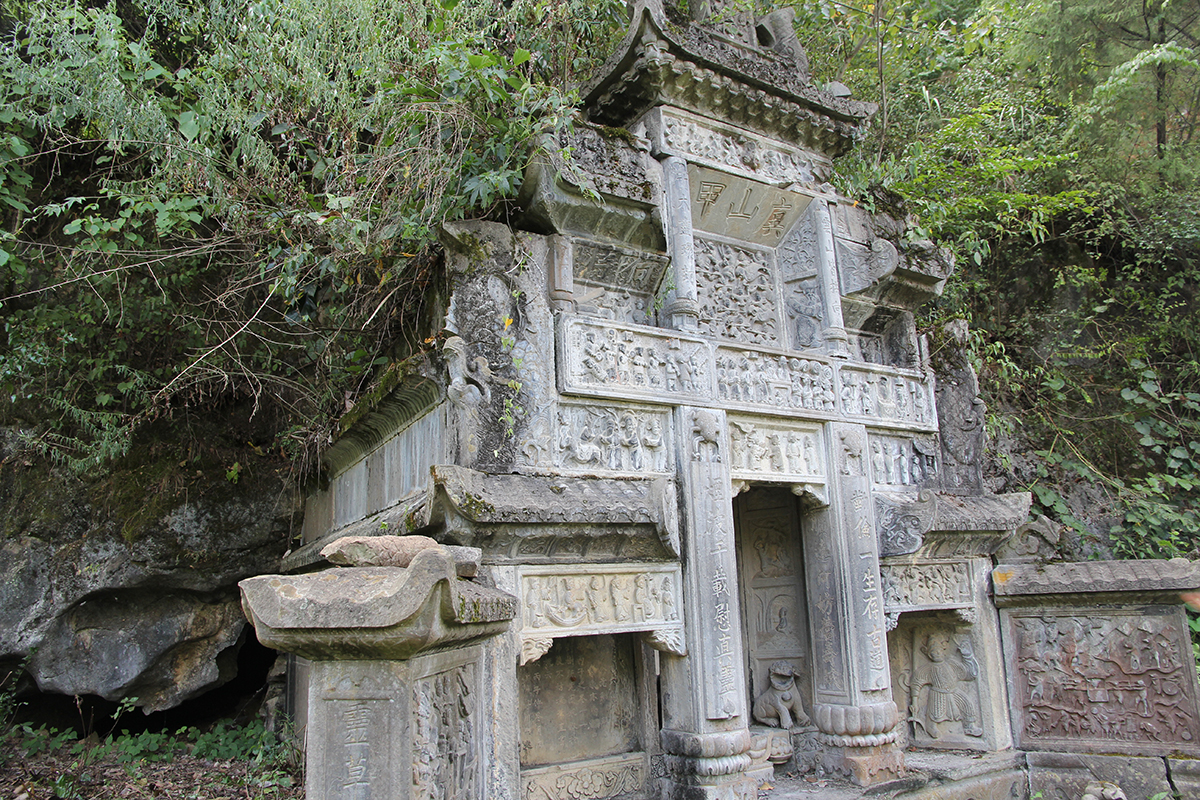 The Tomb of Shengji in Dachewan is located in 6th group of Qingquan Village, Tonggu town, Youyang. It was built in the winter of 1876. It is an empty tomb and is known as “Shengji”, with a length of 5 metres, both width and height of 4 metres approximately.

This tomb was said to be built by a rich man named Ran Guangchao. It took him a lot of money, 3 Tujia mansonries and 3 years to finish the job, but the tomb was sold to a man surnamed Fan because of a small hole in the back of the Shengji stone and a dead beggar in it. Fan spent 2 years fixing it, but it remains empty till today. 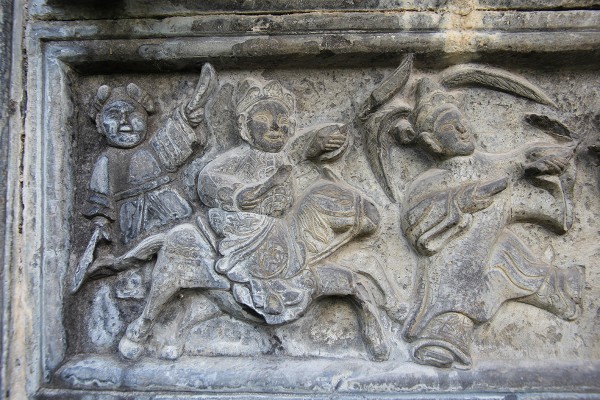 It’s a kind of instrument which can be played with leaves. Different leaves from trees, bamboos and corns can make different sounds. Local young men and women usually pull the leaves from trees and play beautiful songs together. 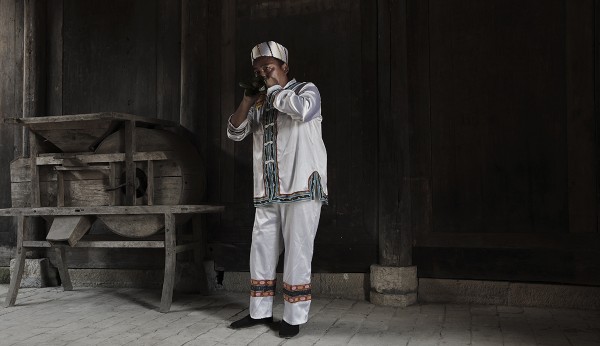 Dong Dong Kui is a kind of local instrument， made by a piece of bamboo like a pen. There are more than 20 songs played by Dong Dong Kui. 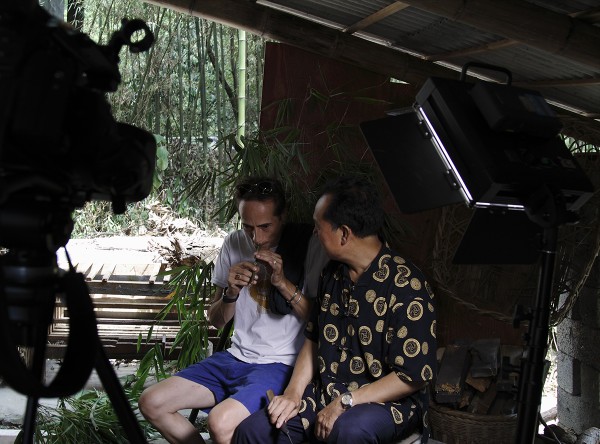 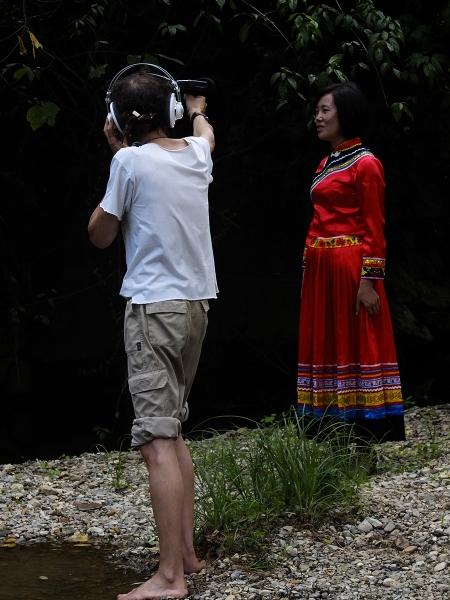 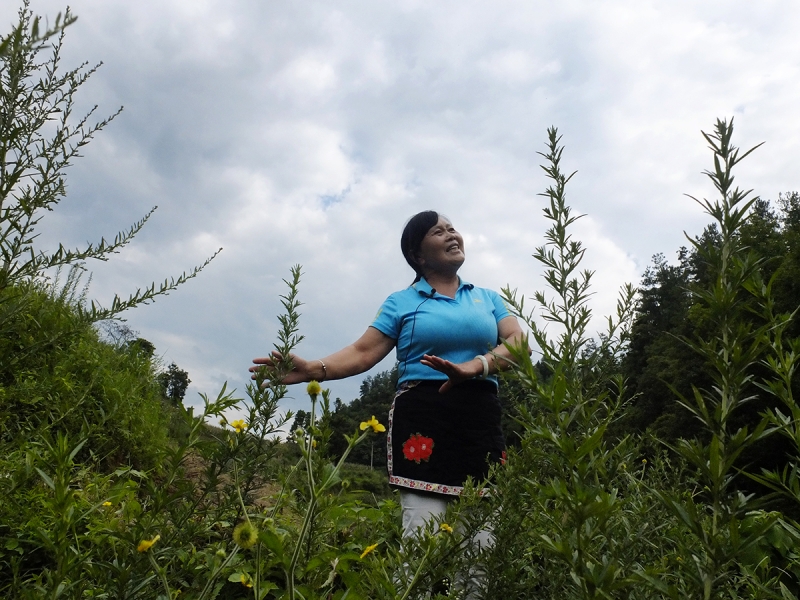 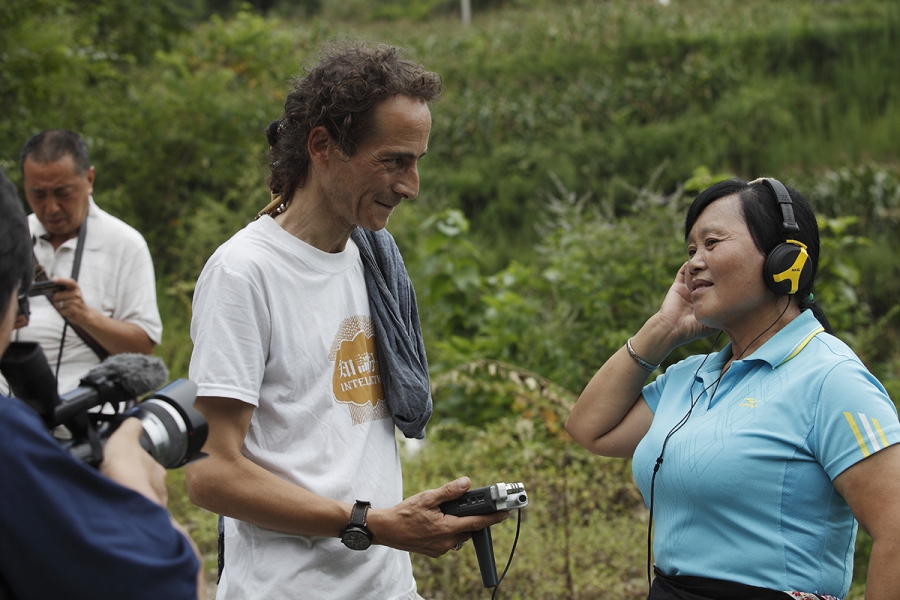 Haoyang chant and Haocao drums and cymbals comes from people’s daily life in Wulin mountain areas. The sound is rough and long, and most importantly it indicates the villagers’ fight against nature and tough life. Led by the head, villagers sing together with eches in the mountain, making the sound powerful and artistic. 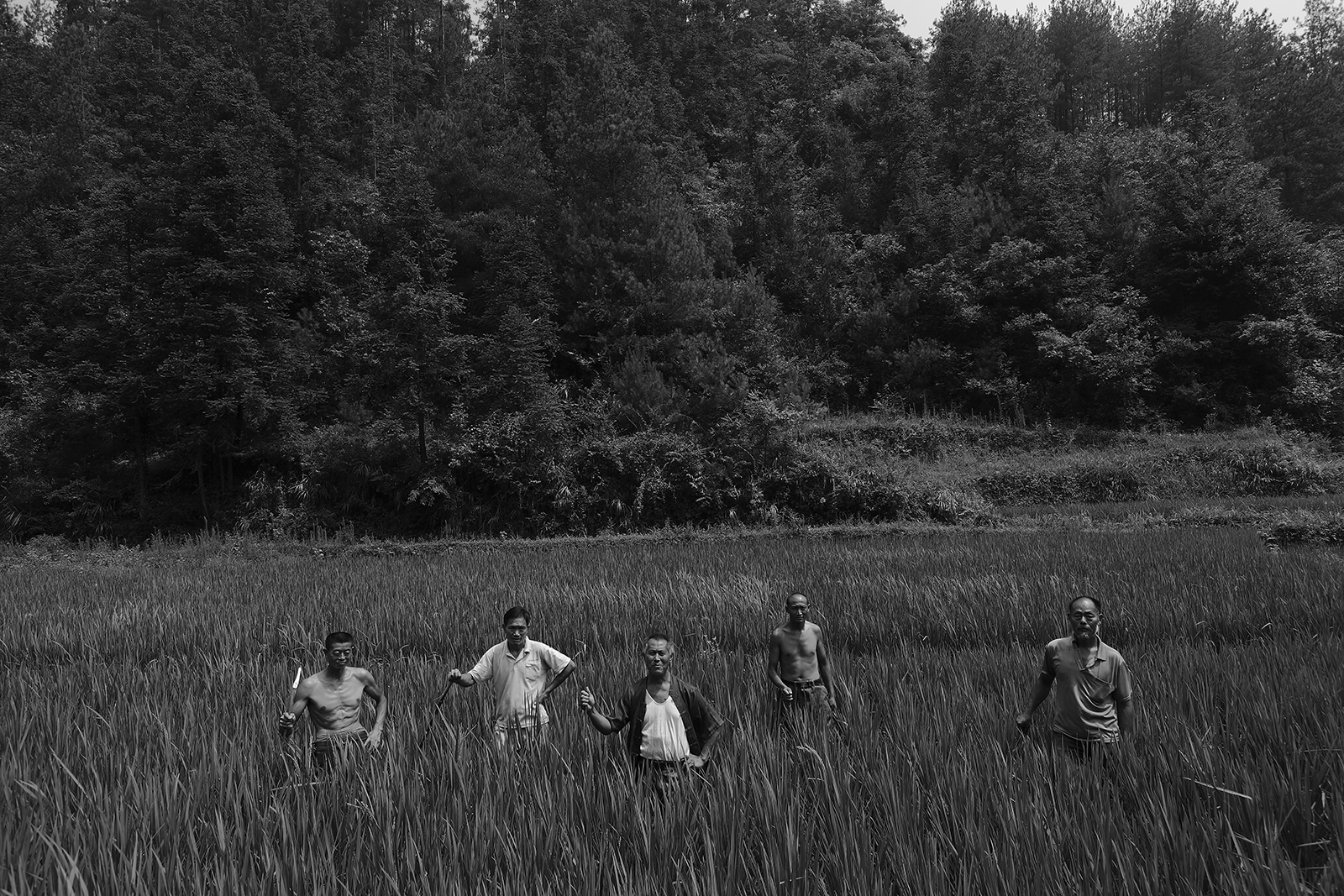 Haoyang chant and Haocao drums and cymbals are the song of villagers’ life, closely related to their production and living conditions. They are also a cultural treasure of local people, making it a valuable source of research on anthropology, ethnology and folklore.

How to protect Yang Drama, a state – level intangible cultural heritage in a poor village where the average annual income is less than 2000 RMB? We reproduced the real performance and daily life of 9 drama artists and 4 drummers. Focusing on demonstrating the culture of Yang Drama, we participated in the drama ourselves and hosted a special party for local villagers. By watching these videos, we need to realize  that their dedication and commitment are not only a mere performance, but also a kind of cohesion and release of “social capital”. 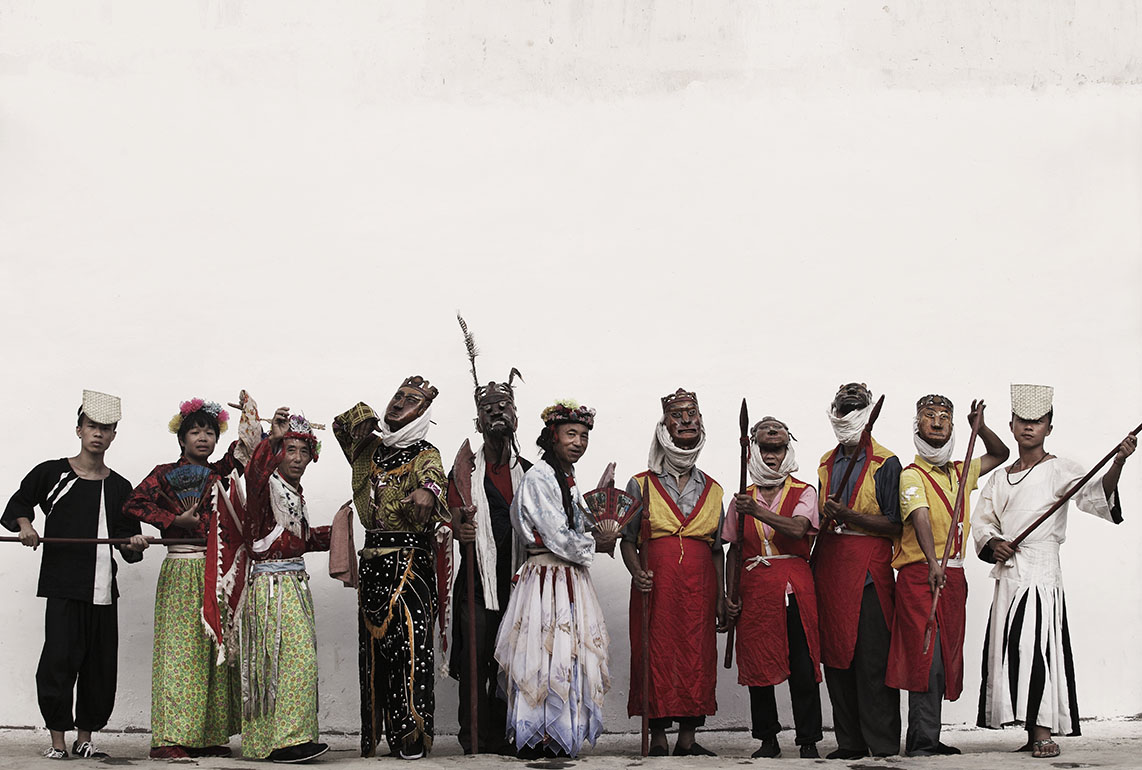 There are 13 members in Baimatan, who are led by  Chen Yongxia, the performer of witch. Chen Yongxia enshrines the God Guangong in her house for worship, which also draws local villagers to come and pray to. According to her, Yang Drama is usually performed for making a wish, both big and small. 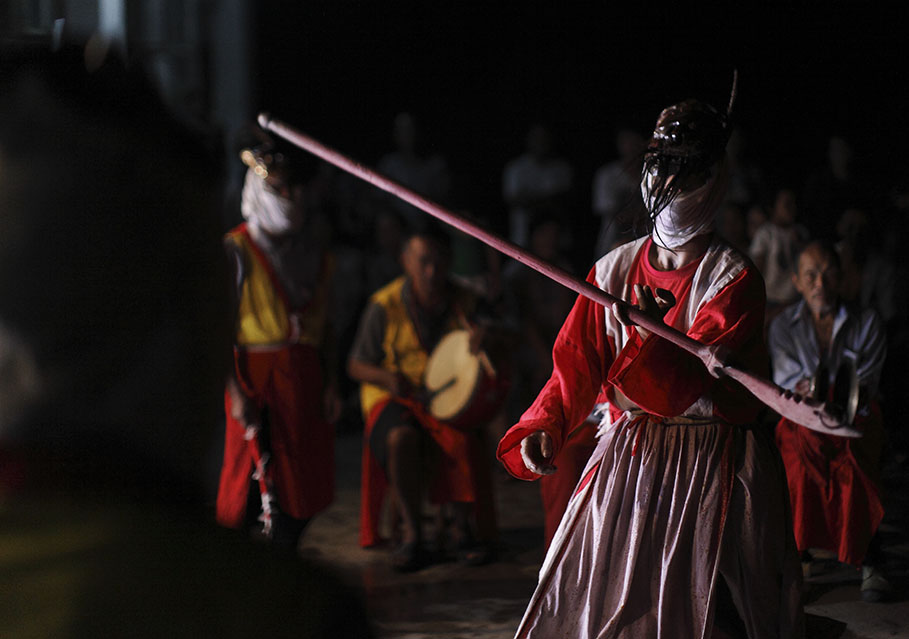 Yang Drama is a combination of sacrificial ceremonies and theatrical performance, including 7 steps.

First,  the host family would invite God to pray for the success of the ceremony.

Second, Guan Gong would come and drive away any lingering evil spirits.

Third, lady Pang would be invited to realize the dream of the host family, as well as to spread the principles of Confucianism throughout her story.

Fourth, the formal performance would begin. The play would be set according to both the wishes of the host family and of the crew.

Fifth, the host family would pray to the gods for blessing, then send the gods back to where they belong.

Sixth, the crew would perform the scene of Gong Guan driving away disasters and welcoming happiness, and would bid the god farewell before his leave.

Seventh, after Gong Guan’s leave, the whole performance would come to an end and the crew would bid the family farewell. The host and other members turn their back to the family at the crossroads near the house in the afternoon, then throw an egg high into the sky, which was laid on the family shrine in the beginning of the ceremony. By breaking the egg the host can see whether the ceremony is a success. 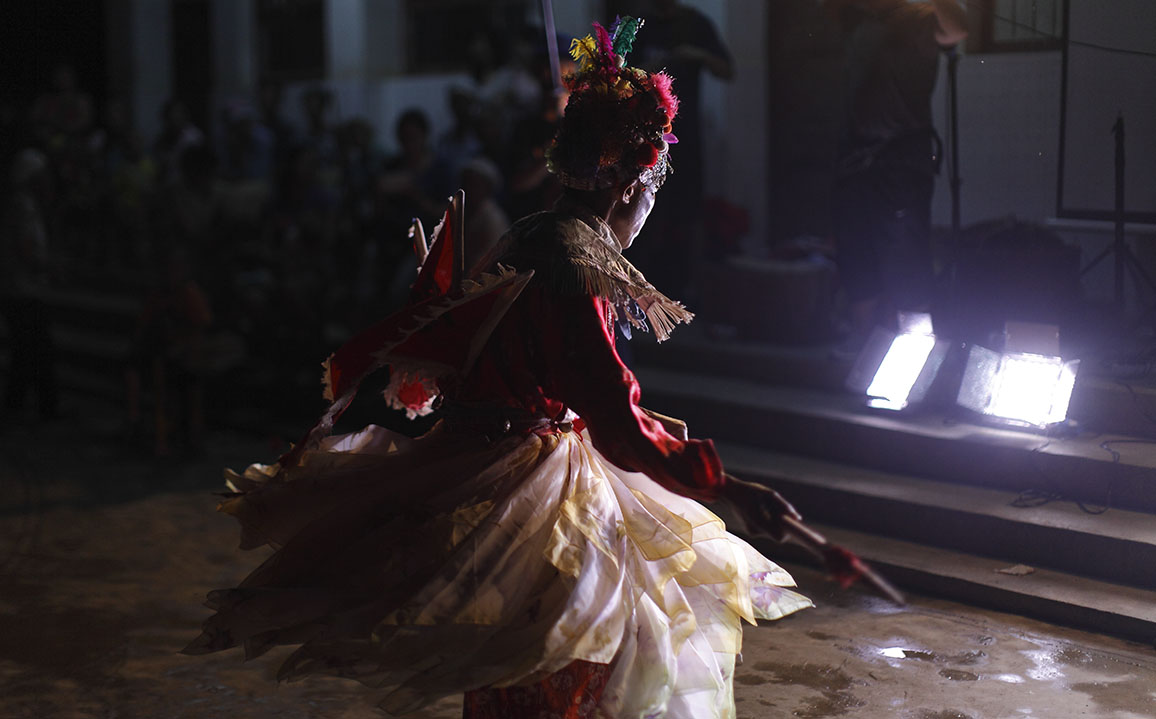